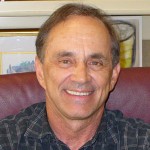 We’re shining a much-deserved spotlight on Dave this month as we celebrate his 80th birthday.

Dave’s journey to New Hope for Kids began in 1980 when he joined the board of Hospice of Central Florida. He had been serving for 6 years when his life was changed forever. Dave describes his loss, “On June 21, 1986 my world fell apart when my 16 year old son John died. After grieving John’s death for months it occurred to me that I had to find some good in his death or the pain of grief would continue the rest of my life. So, I started praying to find the good.”

His personal experience was the central driving force on his grief journey, but Dave found unexpected awareness of the need for grief support when he worked in the technology industry. This work put Dave on site training prison inmate trustees on new system installations. Inmates who talked about their lives often said their troubles began after the death of one or both parents. Dave recalls, “Eventually, gang membership became the family to many of the inmates and with that came serious crime and lockup. I found myself wanting to do something to help kids grieving a death so they would not end up like the inmates.”

Hospice of Central Florida was sold in 1996 and New Hope for Kids was born, and merged with Children’s Wish Foundation, now called Wishes for Kids. As part of New Hope’s original Board of Directors, Dave helped create the organization we know today. Founding board member John Mantione served with him from the start. He shared, “I have never seen a man more dedicated to a mission of compassion than Dave.”

Putting New Hope’s mission into action has always been Dave’s focus. In 1997, Dave participated in New Hope’s first ever grief facilitator training and worked with kids in weekly grief support groups for 2 years. Volunteering his time in this capacity gave him an understanding of how disruptive the death of a family member was to children, and how beneficial our grief support program was to the mental wellbeing of the kids.

When the need for a new Executive Director arose in 2000, Dave’s background in business and human resources made him a natural fit for the position. Volunteering with the kids’ groups gave him valuable insight into the grief program. He also had knowledge of the wish granting process because of a wish request submitted by John’s friends towards the end of his life. Founding board member Andrew McEachron believes that New Hope for Kids would not exist today if Dave hadn’t stepped into that role. Andy shared, “There has never been a more passionate, dedicated & effective person to an organization than he has been leading New Hope & carrying out its mission.”

Dave has seen New Hope for Kids through our challenging formative years, a multi-year search for a new “home,” a successful capital campaign, the complete renovation of our 14,000 square foot facility and grounds, and a pandemic where many non-profits were forced to close down, New Hope for Kids remains strong in great part because of his skills as an experienced businessman and his dedication to our mission.

Gordon Arkin, a current board member who has served New Hope for Kids since its inception, had this to say about Dave’s tireless efforts. “He has literally saved and improved the lives of thousands of bereft children and their families. I know this because many of those children and their families have told us of the impact that New Hope has had on them, and many have volunteered at New Hope to share their stories and to help others. We are all better off because of Dave Joswick.”

Remember those prayers Dave said after his son died? He has this to say about his journey, “When the search committee wanted to know if I would take the Executive Director position, I asked for a couple of days to think it over. I prayed as to what I should do and it occurred to me that this was the good in John’s death that I had been looking for. Now, nearly 22 years later I can state that I found my purpose in life.”

In a recent message to Dave, Andy McEachron said what so many of us feel. “We all are indebted & sincerely grateful for all that you have done to make New Hope such a thriving, successful & well respected organization in our community.” 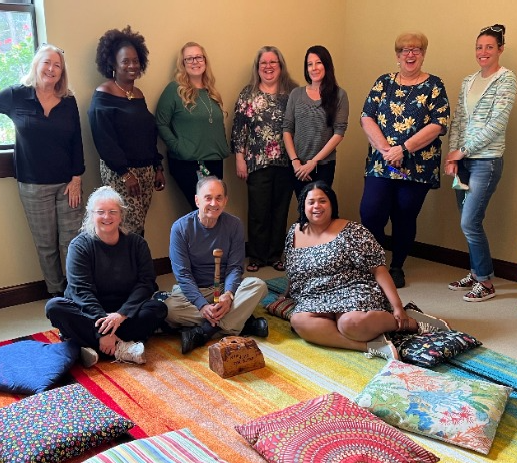 We thank you, Dave, and so do the 6,468 children and their families who have come to us for grief support, as well as the 1,694 children whose wishes New Hope for Kids has granted and the grateful families touched by that special wish. Your dedication has changed lives for decades, and what you helped build will continue to change lives for many years to come.