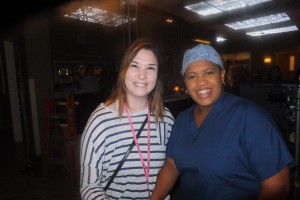 I was honored when New Hope Wish Director, Rosie Wilder invited me to Guest Blog for their “Wishes for Kids” program.  As a writer, and (more importantly) a “Wish Mom”, I cherish every opportunity to spread the word about New Hope’s Wishes for Kids, and how a once in a lifetime wish can bring “New Hope” into the life of a sick child for years to come. This blog is made up of letters from the heart of a hopeful mom. –Pam Ruben

A  Chanukah Valentine to the New Hope Tree

About ten years ago our Rabbi (Rick Sherwin of Congregation Beth Am in Longwood) suggested making one of the eight nights of Chanukah a night of giving rather than receiving.  He suggested that a local non-profit could benefit from our gifts of presents or time, and we would receive (and our children would come to understand) the joys of giving back to the community.

That same week we were at Panera Bread, when my daughter Jenny pulled a child’s name off “The New Hope Holiday Tree.”  Inscribed on the card was the name of a little girl, who was 8 years old just like Jenny. Andy followed suit and yanked from the tree the name of a 5 year old boy just like him.  The cards contained a Christmas wish list for each child. Then and there, Jenny and Andy decided that a New Hope boy and girl would receive a gift from them each year. We had found our cause- and have re-visited that tree at Panera bread in Longwood for more than a decade. Shopping for New Hope Kids has become a cherished night of Chanukah for our family.

Often, we imagined the looks of happiness on the kid’s faces when they opened their gifts.  Seven years later, we found out first hand when Jenny contracted a life-changing illness, and became a “New Hope Kid” herself. In 2011 our family attended our first New Hope Holiday party, as a “Wish” family.  Rosie Wilder, Wish Director and our own fairy godmother, introduced Jenny to the crowd of kids who packed the gymnasium, and announced that Jenny’s wish to go to Hollywood would be granted.  Jenny was all smiles from ear to ear, as was Andrew, who received a handful of “sibling gifts” of his own.  Meanwhile, several hundred New Hope kids gleefully tore the wrapping paper off their own gifts, and squeals of delight caroled throughout the room.

At Christmastime, I often think about how our relationship with the “New Hope Tree” has come full circle.  First, we were the givers, and later, the very grateful recipients. This Valentine’s Day I would like to express my affection to New Hope for Kids and its Wishes for Kids Program. No one imagines becoming a “Wish Family” or the parent of a “Wish Kid”.  But we are grateful that New Hope for Kids was there, giving us “New Hope”, when we needed it most.