In 1996, Kevin Mirarchi was introduced to New Hope for Kids by his good friend, John Kirkpatrick. John was a staff member of New Hope for Kids and approached Kevin about participating in our Annual BMW Drawing of Chance, even though he lived in Westchester, Pennsylvania.

Touched by the Mission of New Hope for Kids, Kevin jumped at the opportunity to help us raise money for our programs and immediately started recruiting his friends up north to join him. 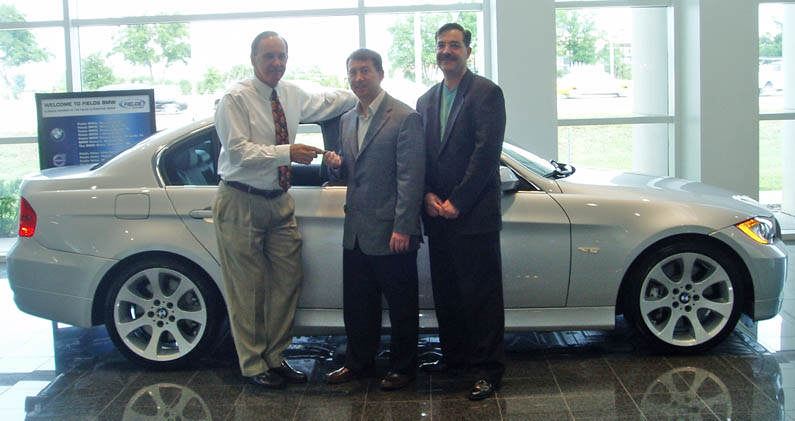 One of those friends was Shawn Lawson, who has purchased two tickets every year since 2001. This year on April 4, Shawn became the first person of this group of more than 20 people in Pennsylvania to win the Drawing of Chance! After seven years of purchasing tickets, Shawn is testimony that the supporting hands of New Hope for Kids spread much farther than our backyards.

So, we thank Shawn Lawson for his generosity and congratulate him on his win! And we would like to especially thank Kevin Mirarchi for his continued support and dedication to helping the children of New Hope for Kids. His support from afar is truly appreciated!