We’re so happy to announce that the HCF Foundation has pledged $50,000 in matching money to New Hope for Kids! This means your donation will double, helping twice as many kids! This is the perfect time to turn your $20 into $40… your $100 into $200… all for the kids in our grief and wish programs.

Marla Horn was among 728 students in Apopka High School’s Class of 2020 who were honored during a pandemic-style ceremony, with a line of cars 2 miles long filled with bright minds and ambition. Horn, as valedictorian, led the way.

Please take a few moments to read more about Marla’s story about how she spent time with New Hope for Kids .

We’re so proud of Mike Kean for being recognized by Volunteer Florida as one of the 30 outstanding volunteers in the state of Florida.

Thank you for all the amazing work you do for New Hope for Kids! 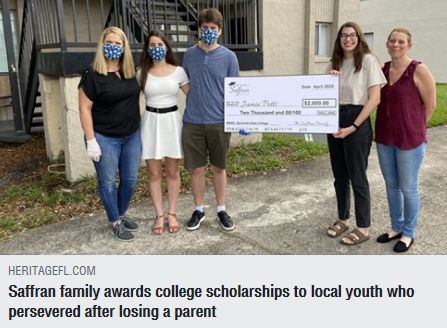 Winter Park resident Pam Saffran and her three children know how hard it is to move forward after traumatic loss. They also know the critical role community support plays in keeping dreams alive.

The Saffrans have partnered with local nonprofit New Hope for Kids to award $2,000 college scholarships to four local students who experienced the death of a parent and demonstrated perseverance in the face of that adversity.

Please take a moment to read the article.

At the 22nd Annual National Symposium on Children’s Grief, the National Alliance for Grieving Children announced recipients for its national awards presented annually.
The NAGC Founder’s Award was presented to Diane Goldsmith, New Hope for Kids, Florida. The Founder’s Award is given annually to one individual who has made a significant contribution to the field of children’s grief support as a volunteer. Diane has been an exceptional volunteer at New Hope for Kids since 1999, one year after her 16 year old daughter Rebecca was killed by a drunk driver. In the midst of her own grief, Diane witnessed the grief experienced by her daughter’s friends as they would come to Rebecca’s room and cry. She recognized that they too needed support in their grief. When asked on the volunteer application why she would like to work with bereaved children, Diane wrote: “I understand the healing process and respect each individual’s right to grieve in their own way. I know the need to have someone listen and am anxious to help others in their grief.” Even now, after 18 years of volunteering, Diane’s selfless compassion has not wavered. 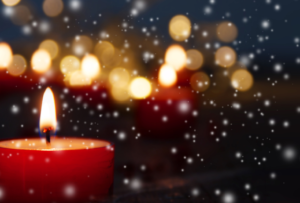 Lights, carols, parties. Do those words make you feel overwhelmed? If you’re grieving during the holidays, the answer might be yes. May we offer a few suggestions? Parents and caregivers, be gentle with yourselves. Rest enough, pace yourselves, set limits. You’ll be better able to help your kids when they feel sad. Give yourselves, and your kids, permission to grieve, and to take a break from it when needed. Spend time with people who accept your family’s emotions as they are. Celebrate your traditions, or start new ones. Above all, remember that it’s up to you and your family, not anyone else, how you decide to observe the holidays.

Read more about grief during the holidays by following the links below.

As we prepare for hurricane IRMA, it’s important to provide helpful outlets for children to cope with their feelings.

Here are a few ways to help children deal with emotions before and during the storm.