On February 14, 2000, Valentine’s Day, I was out on a romantic dinner with my husband. On our way home we were in a car accident in downtown Orlando. Chad, my husband, had forgotten to put his seatbelt on and was thrown from the vehicle. He died 12 hours later from severe head trauma.

My seemingly perfect life came tumbling down. I was depressed, lost, scared and unsure what or where to go next. I was referred to New Hope for Kids by the minister who officiated Chad’s memorial service. I didn’t want to come to New Hope for Kids, I didn’t want to admit it was all so real and this was how my life was going to be now. So I went there for my children!! 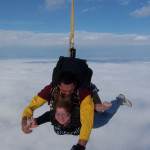 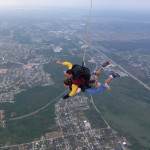 New Hope for Kids Special Circumstances Group helps families deal with the unique challenges of grief when the death of a loved one is caused by suicide or homicide. In the article below, read how one mom is dealing with these challenges and seeing a bright future ahead for herself and her son.

My name is Danielle and my daughter is Sabrine, who is 9 years old. We started coming to New Hope for Kids in February 2007. I lost my husband in May 2005, due to a heart attack. He was my best friend, support and hope and for my daughter she lost her Daddy, who was everything in her eyes.

When I started New Hope for Kids, I had no idea on how it would change our lives for the better. From the first time we came, my daughter, who was withdrawn, quiet, and angry, suddenly opened up and couldn’t wait for the next time we could go. It was like watching a child who went through such an experience finally feel safe, excited, and its a place where she feels other children can relate to her. I could see in her attitude and eyes, this is where she feels she belongs.

Hello, my name is Marisa. My Father died in Operation Iraqi Freedom. I know all the adults around me are sad and I’m sad too, but I know that one of the things that helps me is when I get to do things that help me feel like a normal kid, like going to school and playing with my friends. I have a couple of friends at school whose dads died too. We don’t talk about it much, but it helps me to be around them. We just understand each other. How I plan to get through the holidays is the same as what I do to help me all the time. I write notes to him. I pretend he is here with me and I have a book where I put all the notes I write to him. My mom bought me a photo frame and I put a special note he wrote to me in it. At night I read it to myself:

“Marisa, to my dearest beautiful daughter, I love you more than anything in this world. No matter whatever happens, I will always be there for you and will always love you. Love, Dad” My husband did not wake up on November 16, 2004. Broward Liston was only 47 years old, the adored father of a 10-year-old daughter and 5-year-old twins, my best friend and soul mate. As soon as I shook his shoulder for the second time, I knew in that instant that all five of us had crossed over to a new world. Brad, a brilliant and fascinating man, was suddenly and irrevocably gone, out of reach, frozen in time.

For me and the kids, our world was no longer what it had been. Our future was no longer what it would have become. Happiness, ratherthan coming easily, now took work. The innocence of three bright kids was lost. Don’t ever let anyone tell you that today’s kids are so desensitized to violence by the entertainment media that they don’t fully understand the finality of death, because they do.

My Experience at New Hope Center for Grieving Children

My daughter, Sarah, was one of the best people I have ever known. If you had met her, I know you would have loved her. Her smile lit up the room and her loving spirit was like a magnet. People just wanted to be near her. She made them feel happy, she made them laugh and she made them feel like they were really special. Sarah fought cancer twice. She won the first battle, but the chemo that cured her caused the cancer that eventually killed her. She died on September 16, 2002, a few weeks before her 17th birthday.

Even before Sarah’s death, I was aware of New Hope for Kids. I had driven by the beautiful two-story “home” in Maitland many times when taking the girls to visit their dad. After Sarah’s prognosis became terminal, I looked at it differently when we drove by. I wondered if we’d be walking through New Hope for Kids’ door some day. Even though I never for a moment stopped trying to will Sarah to live through prayer and self-determination, I knew I had to start thinking about the chance that she might not. When her body began failing her, when she started fading away from us, I had to accept that as strong as her spirit was, her body was only human. None of us can assume to know God’s plan, the Big Picture, and I began to see that my prayers were going to have a different answer than I had wanted. Not long before she died, knowing we would be temporarily paralyzed and unable to deal with anything after her death, I asked the oncology staff about New Hope for Kids and they all knew about the program. I knew it would be critical in the healing process for Amy.